Help–I can’t think of an idea!

Let’s talk about Paula Scher. She is a Jewish Graphic Designer that is a partner at Pentagram. developing identities, packaging and signage for a variety of major clients including The New York Times Magazine,Bloomberg, Target, Jazz at Lincoln Center, Madison Square Park, Tiffany & Co. and Citibank

Here are some things she has designed. You will notice the poster for a production which has her signature typography style. She has produced some really trend setting design. 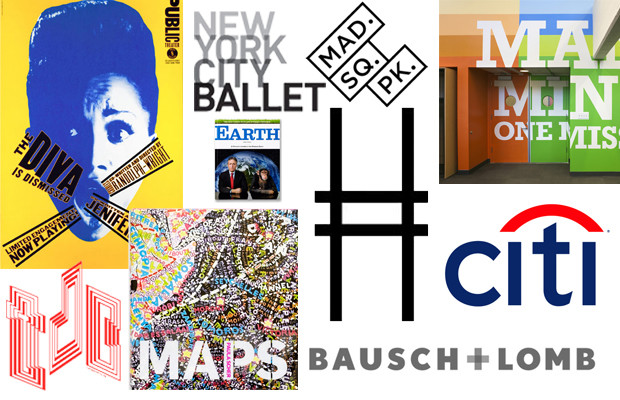 And now back to the main program…

A common complaint that I get is..

Help–I can’t think of an idea!

Ever had those times that your mind felt blank, or your head felt like it was going to explode from overthinking?

I have been there and I agree with you that it is no fun.

It makes you doubt yourself…Why did I really think that I can be an awesome Graphic Designer…Make that any kind of designer.

Here are some quick ways to get your juices going:

1. Brainstorm: Write down your topic on a sheet of paper.

Then do a brain dump.

Write down anything that is associated with this topic.

Combine this with the Why. Why does this have anything to do with this. Then ask why again. and again. Until you get to the root….which may end up as your solution and the soul of an idea.

2. Research images. I really like looking through images associated with the topic.

Think what words can be paired with these images. What kind of ideas do these images represent.

3. Look at the opposite. Look outside the industry you are designing for.

Alot of ideas can be adapted from an entire other industry. Both industries share the same benefits

Designing for a dentist…Look into excavation companies (they both drill)

How about makeup artists….Look into house painters (they both beautify)

Finally, roofing…and clothing stores (they both cover something)

Now I want to tell me in the comments below…what has worked for you to help you think up that really awesome idea?

You know you need it!

Videos, articles and freebies in design, marketing and business you must have.